What are alicyclic compounds? 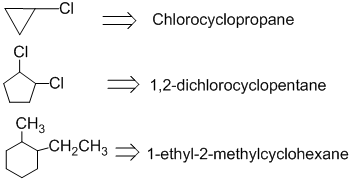 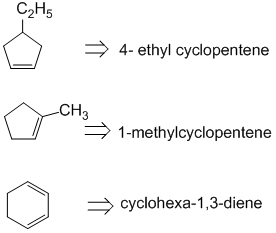 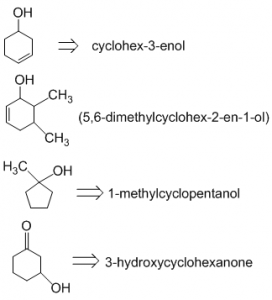 Such compounds are named as bicycloalkanes. Eg. 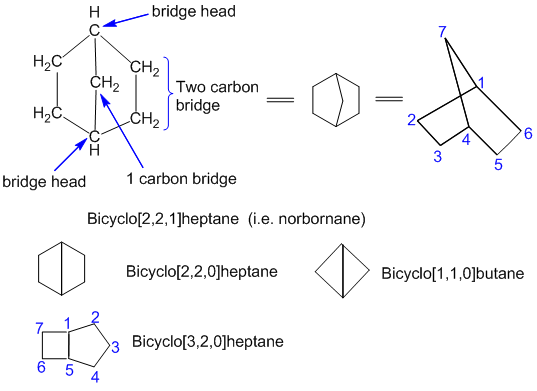 If substituents or multiple bonds are present, names are written along with their locants.

The numbering begins from a bridge head carbon through the longest bridge first. 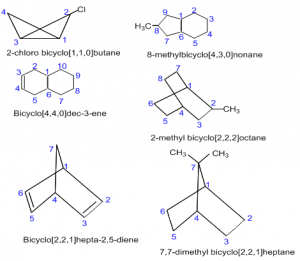 Polycyclic compounds of unusual shape are named according to shapes. Eg.

When dihalogen compounds are treated with sodium or zinc metal, the corresponding cycloalkanes are formed. Examples: 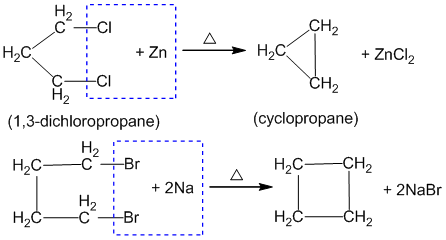 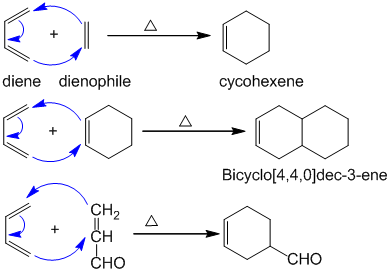 3. By reduction of aromatic compound: 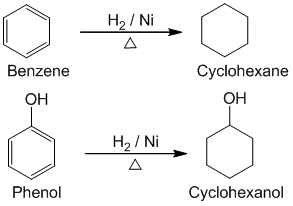 In 1885 Adolf Baeyer proposed a theory to explain the relative stability of the cycloalkanes, which is called Baeyer’s strain theory. The theory is based on the following assumptions:

Let us calculate the angle strain of some alicyclic rings on the basis of the Baeyer’s strain assumption, 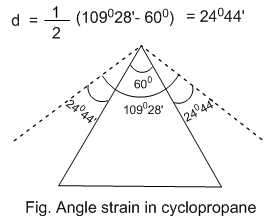 This value represents the angle strain in cyclopropane.

This value represents the angle strain in cyclobutane.

The above results are listed in the following table: 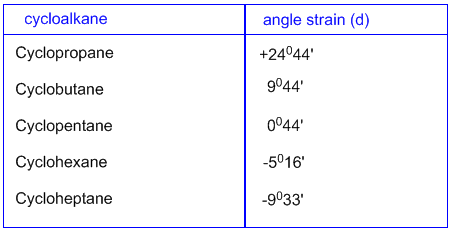 For example, the cyclohexane can exist in two non-planar strainless puckered (folded) forms.

Factors affecting the stability of conformations

[Steric strain is the repulsive interaction that occurs when atoms are forced closer together than their atomic radii allow. It is the result of trying to force two atoms to occupy the same space.]

Equatorial and axial bonds in cyclohexane

Different conformations of cyclohexane and their stability

Cyclohexane is unstable in planar form. Hence, it has non-planar puckered conformation. It can have different conformations such as- chair, boat, half chair and twist boat conformations.

In chair form, there are six axial and six equatorial C – H bonds. All the carbon-carbon bonds are staggered. Thus, the chair form is free from torsional strain and steric strain. Therefore, chair form has minimum P.E. and is most stable. 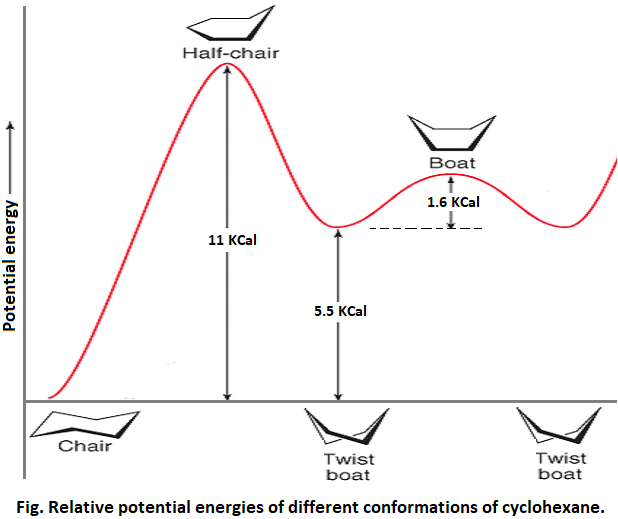 When –CH3 group is axial, it is very close to the two axial H-atoms on the same side of the molecule attached to C3 and C5 atoms i.e. there is crowding and repulsion among these groups which is called 1,3-diaxial interaction.

But there is no repulsion when –CH3 is equatorial because –CH3 group points away from its nearest hydrogens, which makes the equatorial conformation more stable.