Different compounds having same molecular formula but different properties are called isomers. The phenomenon of existence of such compounds is called isomerism. Eg.

Isomerism can be divided into two broad classes: 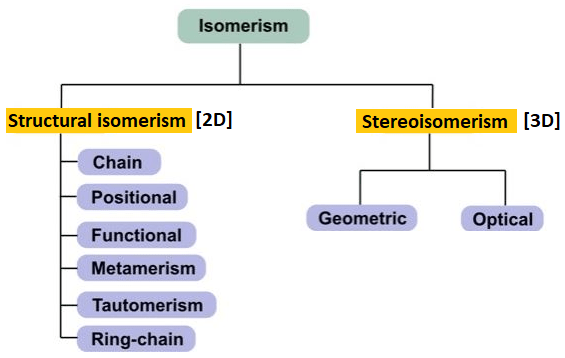 Structural isomerism can be categorized into following types: 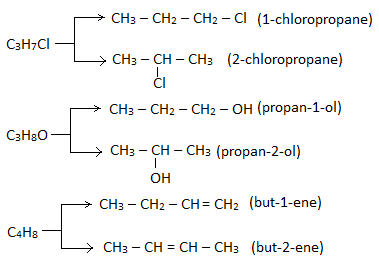 Compounds having same molecular formula but different in alkyl groups present in the either side of the same functional group are called metamers. The phenomenon is called metamerism. Example :

It is a special type of functional isomerism in which there is migration of α- hydrogen from carbon to electronegative atom and vice-versa with necessary rearrangement of covalent bonds. Eg . keto – enol tautomerism.

In ring-chain isomerism, one of the isomers has an open-chain structure whereas the other has a ring structure.

Stereoisomerism can be categorized into following types:

Note : If the similar groups are present on the same side of a rigid bond it is cis- form and if it is present on opposite side then it is trans form. 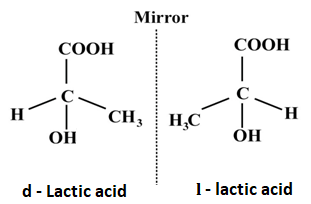 Note:  Optical isomers (enantiomers) differ from each other in their optical activities.